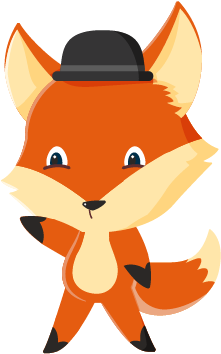 English is quite a simple language, they tell me, at least grammatically. It has been shown that the grammatical structures in English are objectively (measured by the time taken to learn) fairly simple in comparison to many of the world’s languages. Millions of people have learnt English to a very good standard, which is not to be trifled with, but what exactly makes English such a difficult language to truly master? Number one on most lists would be the sheer amount of words: it is often said that English is the language with the most words of any human language bar none. Whether that is strictly true or not is difficult to discern, as counting the number of words in any language is an almost impossible task. Sure, the amount of words certainly doesn’t help things. However, in my opinion, English is difficult to truly master for its quantity of idiomatic expressions.

Idiomatic expressions are phrases that, as a whole, have meanings different from the literal meaning of the words they are composed of. This means that, unlike much of language, which is compositional in nature (i.e. the combination of known elements results in sentences that we can understand), idioms must be learnt one by one, and in English, we have thousands of them.

A language learner might be forgiven for wondering why we can say “it’s raining cats and dogs” but not “it’s raining dogs and cats” or “it’s raining bats and frogs”. Or why Bob appears to be everyone’s uncle, and Fanny their aunt. If I have my heart in my mouth, does that mean I’m feeling extremely loving right now, no? Well, why ever not?! The heart is usually a reference to love, why does it mean in this case that I am scared or extremely nervous? Because it simply does.

Idioms spring up from all areas of English-speaking countries, and often from the strangest places. Where, for example, did the idiom ‘to go pear-shaped’ come from? The idiom means that things have gone badly, but what’s bad about the shape of a pear, may I ask? I like the shape of pears. There are competing theories; one is to do with fighter pilots and their aerials – a pear is an imperfect circle and a pilot attempting an aerial that was not perfectly circular may say that it’s all gone pear-shaped. Another theory is that to go pear-shaped comes from the observation that balloons used in WW1 to spy would at times fail to inflate as expected because they had gone pear-shaped. Whatever the weather, idioms are both interesting and tricky in equal measure, and yet completely essential when attempting to master the English language.

A quick dart back to one of my favourite idioms: “Bob’s your uncle.” The next time someone says this to you fear not, they are not revealing a well-concealed family secret that an unknown man called Bob is, in fact, your uncle; rather they are just explaining that if you follow these simple instructions, you will receive the desired result!